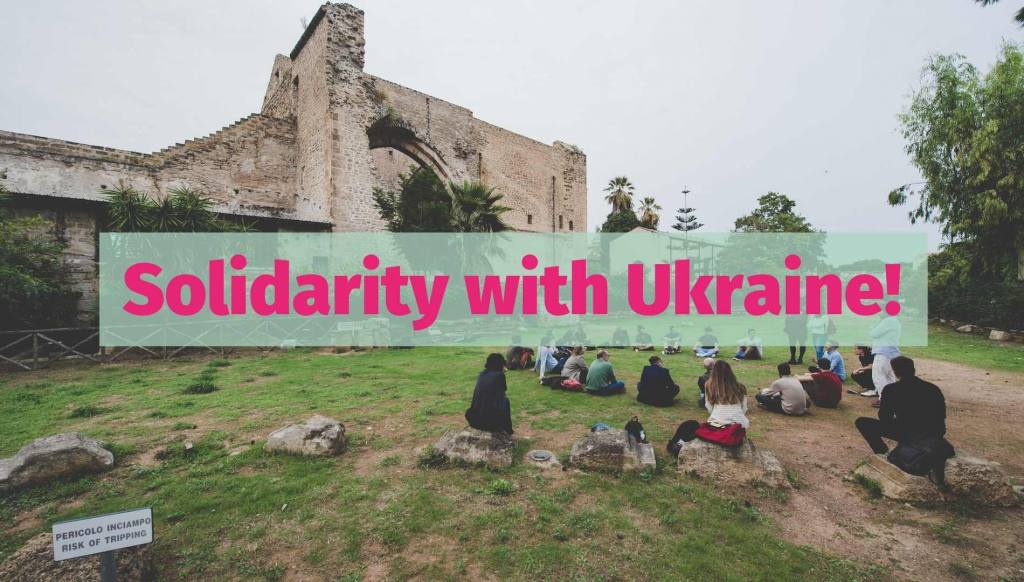 Citizens Take Over Europe condemns the war of aggression against the Ukrainian people, and calls for the immediate end to hostile military action. Against war and authoritarianism we call for democracy and respect of human rights. We call for the welcome and protection of all refugees fleeing conflicts, and we strongly oppose the racial profiling and other forms of discrimination we witness at the moment. We believe that building a strong culture of democratic participation across borders is an essential part of 21st century human security and a peaceful future for Europe. We stand with all the anti-war protestors, including those in Russia, Belarus and elsewhere who risk prison for exercising free speech.