Donate
Home » CoFoE: Open letter from the citizens to the European Commission 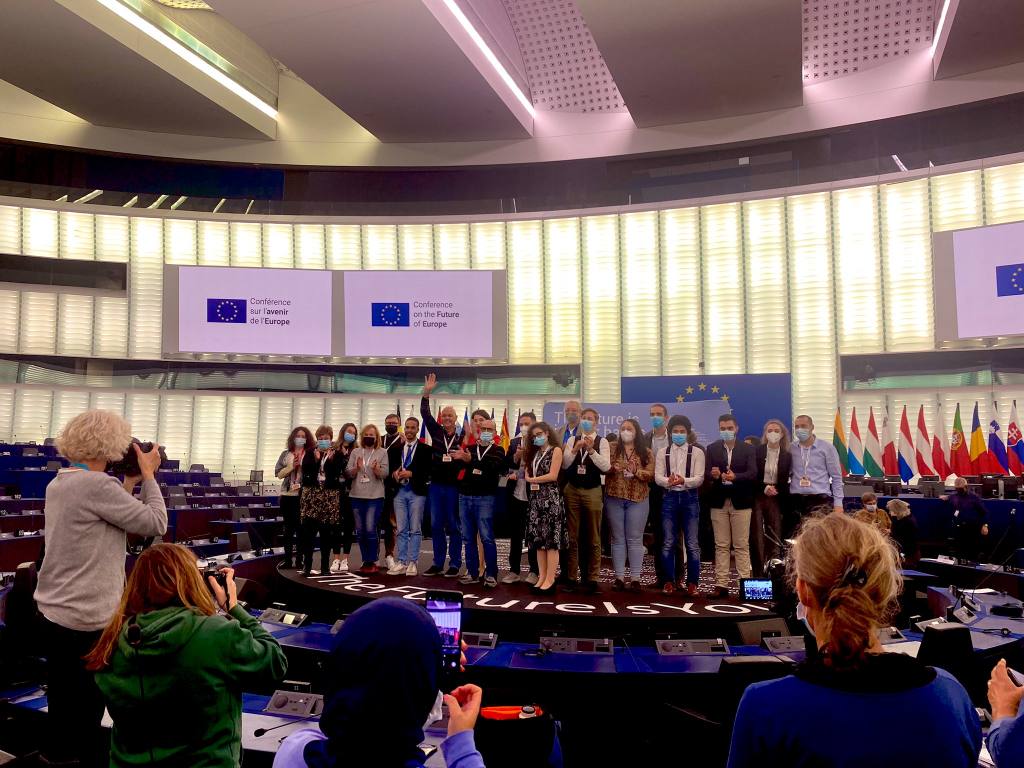 Dear Members of the European Commission,

Today, December 2nd, the citizen component of the Conference on the Future of Europe will receive feedback on the decisions made regarding the future use of the proposals elaborated. That will be welcome. So far, we have struggled a lot to figure out what exactly each EU institution is planning to do with our work. The EU parliament kept us involved, especially after the 9th of May, and showed constant support towards our proposals. Therefore, we felt the necessity to write only to you and to the Council of Ministers of the EU.

Throughout the Conference and especially after the 9th of May, we have maintained communication
with the European Parliament about the work being done on our proposals. We felt it necessary to
write to you the European commission and to the Council of Ministers of the EU.
You are aware of the efforts we have put into the Conference since October 2021 to deliver, on the
9th of May, a proper and comprehensive report. This report was finalized after consensus with each
component of the Plenary was reached; therefore, on the 9th of May all three EU institutions officially
took the commitment to provide concrete actions based on this report. As is stated in the
Conference’s joint declaration.

This report was finalized after consensus with each component of the Plenary was reached; therefore, on the 9th of May all three EU institutions officially took the commitment to provide concrete actions based on this report. As is stated in the Conference’s joint declaration.

The reasons why we mention this are the following. At the time of writing, we only know that the
Commission has designed a working plan for the next year which is much inspired by our proposals
and has decided to make citizens assemblies a permanent assistance of its decision-making process.
Firstly, this is great news! We really appreciate such a proactive use of the Conference outcome.
Nevertheless, we are still not fully satisfied because the organization and timing of these new permanent Panels, they are not clear. A closer look at the Commission working plan for the next year reveals that simply many previous ideas of the Commission have been reintroduced, adding
afterwards that they had come from the citizens’ proposals.

This plan clearly features a selection of our proposals that are easy to implement. The proposals that
are more ambitious have been left out, with no clear reasoning. This is exactly what we have been
worried about.

Also, we want to address comments that have been said by multiple high-ranking politicians on our
proposals, such as “oh again these proposals from the citizens who are playing as politicians”.
Although we know this sentiment is not shared between all the representatives, we find these kinds
of statements disrespectful and quite wrong. Since the citizen ambassadors simply have put their
utmost into what has been asked of them. That being the defense and communication of the
proposals made by the European citizens they represent. Today we want to know if you are holding
up to your end of the joint declaration. According to which the proposals must be delivered in a
transparent, comprehensive manner, while fully respecting the integrity of their content, context,
and spirit.

As already mentioned, it is good to see that initiatives like citizens assemblies are to be implemented as permanent pillars of European democracy. However, we still don’t have any assurance that our proposals are not simply cherry-picking and interpreted with the conference as a false pretense.
Therefore, we still don’t have any assurance that future citizens assemblies will really affect your
policies, even or especially when the outcome is more ambitious and challenging than expected.
In other words, despite some encouraging initiatives rising on the horizon, we still don’t feel fully
supported by the EU Commission. Since we have not been involved in its working for the 2023
agenda, neither have we been told in a crystal-clear way, which plans we are setting for the future
panels and assemblies. We think that our fear of being used as a fancy cover for other political
interests is founded. And we are not at ease with that.

Instead we expect clear and honest communication about the implementation process. You have stated that “90 percent of the proposals are implementable within the current treaties”, this
disregards the effects of unanimity voting. The majority of the proposals will not get full unanimity in
the Council of ministers of the European Union. We do not need empty promises.

We do not need empty promises.

We are in touch with the politicians involved, and aware of the way our proposals are currently being used. Be honest with us, so that we can all work efficiently during this unique opportunity. That way we can establish good citizen participation in the European union. And set a bright example of how democracy in the future could be.

We want to be able to trust you. Therefore, we want you to show your best efforts by implementing
all proposals, as a whole, without selecting based on existing interests. We want you to be ambitious
while pursuing the proposals which are more difficult to fulfill, since a lot of thought has gone into
creating them. We want you to keep talking with us, in a cooperative manner. This is crucial to
properly convey the intent behind some proposals. Otherwise they can be interpreted out of context
or in another misleading way.

Finally, we also want you to always be transparent on what you are going to do with the outcome of the Conference. We want this, because the success of future citizens assemblies will depend on the success of this Conference itself. If you do not show the required effort now, how can Europe be sure that you will in future assemblies. Should the follow-up fail to faithfully represent the citizens’ voice, a precedent will be made. Further initiatives to develop citizen assemblies in the EU will be stained with a stigma. This would be the opposite of what we hope to achieve, we want citizens to actively take part in a durable manner.

As mentioned many times, please don’t waste this unique opportunity to shape a rejuvenated,
democratic, and united Europe. We will stay on guard with regards to our Proposals, we see the
actions the Commission has already taken. And we hope to see that the Commission will keep
working on the proposals with the same effort.

In short, what we want:
• Show your best efforts by implementing ALL proposals.
• Put in the necessary political ambition that our proposals require.
• Be transparent and clear why a proposal is not implemented.

96 citizens co-signed the open letter to the European Commission