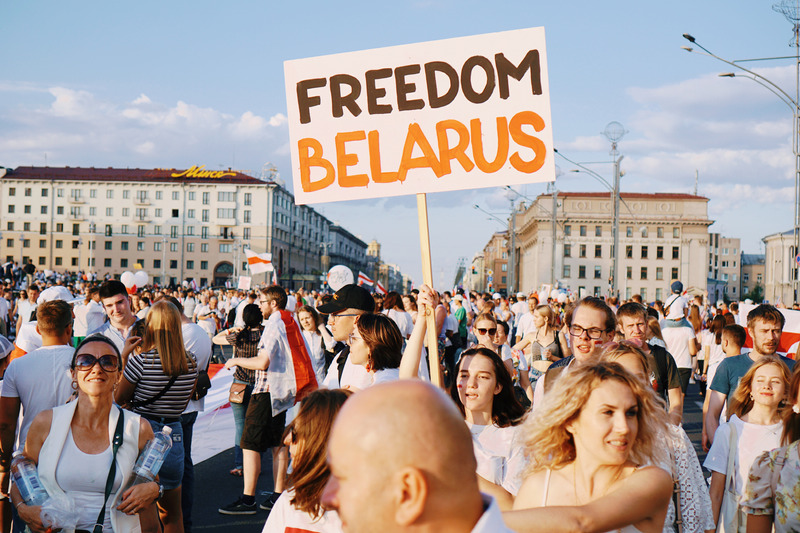 Processed with VSCO with l4 preset

In a world in which democracy increasingly seems fragile, the citizens and civil society of Belarus are reminding us of the importance of standing up to defend and expand democratic rights. Their struggle is our struggle and an inspiration to us all.

Since the rigged elections on 8th August, millions of people in Belarus have protested and gone on strike, defying militarised police brutality and detention, to call for free and fair elections. We particularly admire the role taken by women in leading the protests that are non-violent, pluralistic and have created broad coalitions between workers, students, journalists, doctors, artists and minority groups, and have managed to organise despite restrictions on the internet and other forms of communication.

Citizens Takeover Europe was established as a coalition to ensure citizens take their rightful place at the centre of decision making over the future of Europe. Belarus is an important part of that future, as well as all the neighbouring countries beyond the borders of European Union. We reach out our hands to Belarusian civil society in solidarity and care and extend the invitation to join in dialogue and exchange across borders concerning the future of our common home. Let’s create together a deeper and wider democracy across borders!

Let us join our energies and raise our voices so that civil and human rights are respected throughout Europe and worldwide.