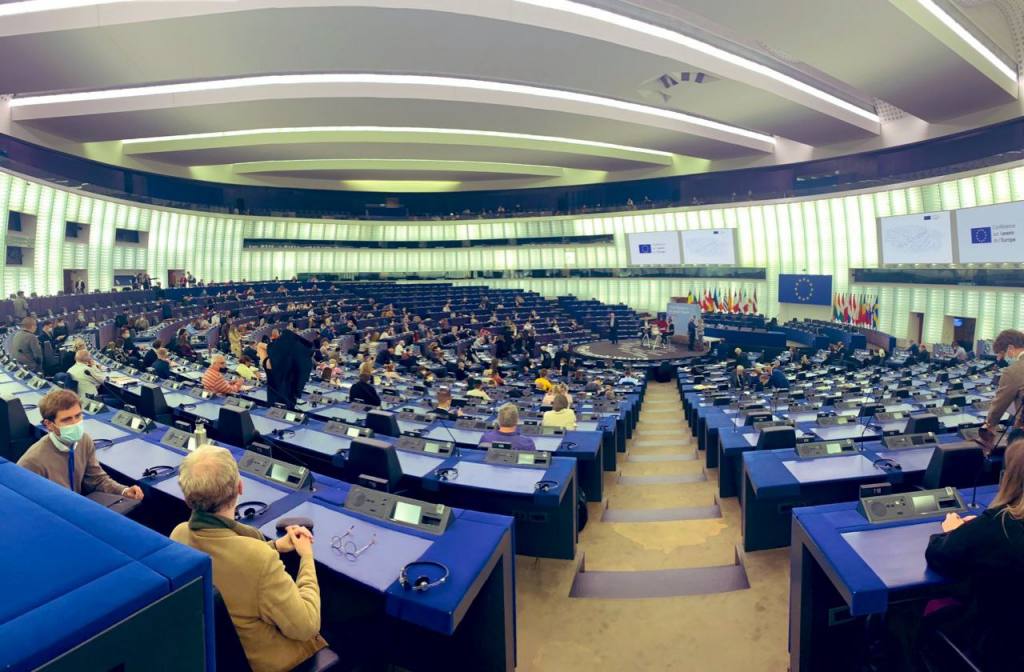 Citizens Take Over Europe has been a ‘critical friend’ to the Conference on the Future of Europe for over a year and half, sharing criticism and ideas with the political actors responsible for the Conference to the extent possible, following the (delayed) preparations for the Conference, monitoring closely the first stages of the platform, panels and Plenary.

Despite a preparatory phase in which civil society was largely shut out of the discussions over the Conference, the conviction of members of Citizens Take Over Europe has remained that the Conference can be an important occasion and precedent for Europe if it lives up to its promise of putting citizens and residents at the heart of the conversation, and provides meaningful opportunities of participation. Early in 2020 we outlined 10 Principles by which we would judge the Conference. We have been loud critics of the lack of inclusiveness of the Conference as a whole and citizens panels in particular, criticisms which have not been adequately addressed.

Citizens Take Over Europe now believes that the Conference as a whole is at risk of failure: opaque and non-inclusive decision-making procedures; an alarming lack of information provided even to members of the plenary let alone to the wider public; very limited publicity and awareness of the conference across the European countries, particularly among people that are not already engaged in European affairs; the dominance of the executive board over proceedings; the lack of any clear means by which citizen participation in the process will lead to effective action and follow up; and lack of clear accountability for the process and its outcomes, all threaten to irreparably compromise a Conference that has very limited time to reach meaningful results.

The Plenary meeting of this weekend must be a turning point. By asserting its centrality as the sovereign instance of the Conference which can and will decide by majority, the Plenary can fully associate each part of the European Union, each level of government, parliaments, civil society, social partners and citizens and residents into a jointly owned democratic process with jointly owned results, can insist on transparency in decision-making and procedures. By becoming the central body of debate on the crucial issues relating to Europe’s future, the Plenary can make public the divergences of political views on these topics, and generate media and public debate around them.

Rather than allowing itself to be an empty talking shop, the Plenary must take ownership of the agenda and act as the lynchpin of the Conference starting from this weekend. It must assert its legitimacy to make decisions on the future of Europe that the EU as a whole should accept. If it does not, the Conference risks becoming a failed experiment.