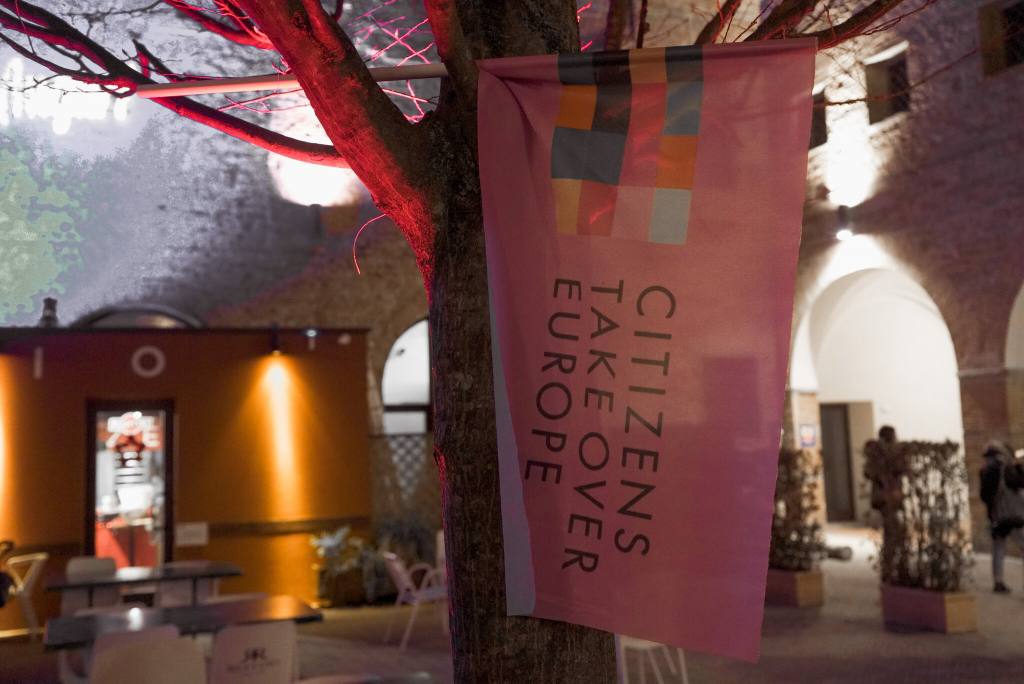 The European Union is at a pivotal moment in its history. The ‘Kyiv moment’ – as you, Mr. Weber, have called it – is a ‘make or break’ moment for the EU. Public expectations towards the EU have never been higher, and the outcome of the Conference on the Future of Europe will be a strong indicator for the EU’s ability to meet these expectations. We are writing to you, in your capacity as Chair and Members of the Conference Plenary Working Group on European Democracy respectively, with a request to include in the Working Group draft proposals a concrete and ambitious plan on how to follow up on European Citizens’ Panel 2 recommendation 35, calling for ‘re-opening the discussion on a European Constitution’, also in the light of the 20+ additional European Citizens’ Panel recommendations requiring treaty change to be implemented [1].

European Citizens’ Panel 2 has put forward the following recommendation (no. 35):

One of the main tasks of the Conference Plenary is to translate citizens’ recommendations into more concrete political objectives and measures, considering the existing legal and policy framework. While we are happy that ECP2 recommendation 35 is taken on board in the draft proposals of the Working Group, we regret to observe that the draft measure currently included is less clear and concrete than the citizens’ recommendation itself [2]. Therefore, we suggest to make the draft measure more clear and concrete  in the following manner:

Convening a Constitutional Convention within six months after the end of the Conference, in accordance with article 48 of the Treaty of the European Union. The Convention should examine the Conference proposals and citizens’ recommendations that require treaty change to be implemented, while keeping an open agenda. The Convention should work in the most inclusive and participatory manner possible, including by means of a citizens’ initiative instrument and European citizens’ panels, facilitating a broad public debate on the constitutional architecture of the EU. The Convention should develop a proposal for a new constitution for the EU. Once it has concluded its work, all people living in the EU should have the chance to vote on the proposed constitution. This EU-wide referendum should happen at the same time across the EU. If more than 50% of all the voters support the proposal, and if there is simple majority support in at least four-fifths of the Member States, the vote counts as successful and the draft constitution must be forwarded to the Member States for ratification. If this double support threshold is not reached, the Convention will have a maximum of six months to improve the proposal, after which people are once again invited to vote on it. [3]

We recognize that it is only the panel members and ambassadors of European Citizens’ Panel 2 that can speak with authority on how their recommendation is to be interpreted. However, considering the relevance of this recommendation for all other ECP recommendations and other proposals requiring treaty change in order to be implemented, we believe it is of the utmost importance that the practical implementation of this recommendation is discussed extensively, both in the Working Group and in Plenary, and that this discussion is concluded in a satisfactory manner, providing clear guidance for the Conference follow-up process.

We remain at your disposal for any further explanation or exchange on the matter.

The Citizens Take Over Europe coalition

[1] According to a recent legal analysis, 21 out of the 178 recommendations of the European Citizens’ Panels require treaty change to be implemented. For the preliminary findings of this legal analysis     conducted by Professor Alberto Alemanno from HEC Paris and his research team who gathered at Villa Vigoni on March 30-31, 2022, see https://twitter.com/alemannoEU/status/1509819887010603010.

[3] This suggestion also connects to ECP2 recommendation 18, calling for the introduction of EU-wide referenda. For more information on our Citizens Take Over Europe position on the Constitutional Convention, please read our article published on 24 March: https://citizenstakeover.eu/blog/why-the-conference-should-be-followed-by-a-european-constitutional-convention/ Additionally, find our responses to a selection of European Citizens’ Panel 2 recommendations on democracy and participation here: https://citizenstakeover.eu/blog/strenghtening-citizens-recommendations-on-democracy-participation