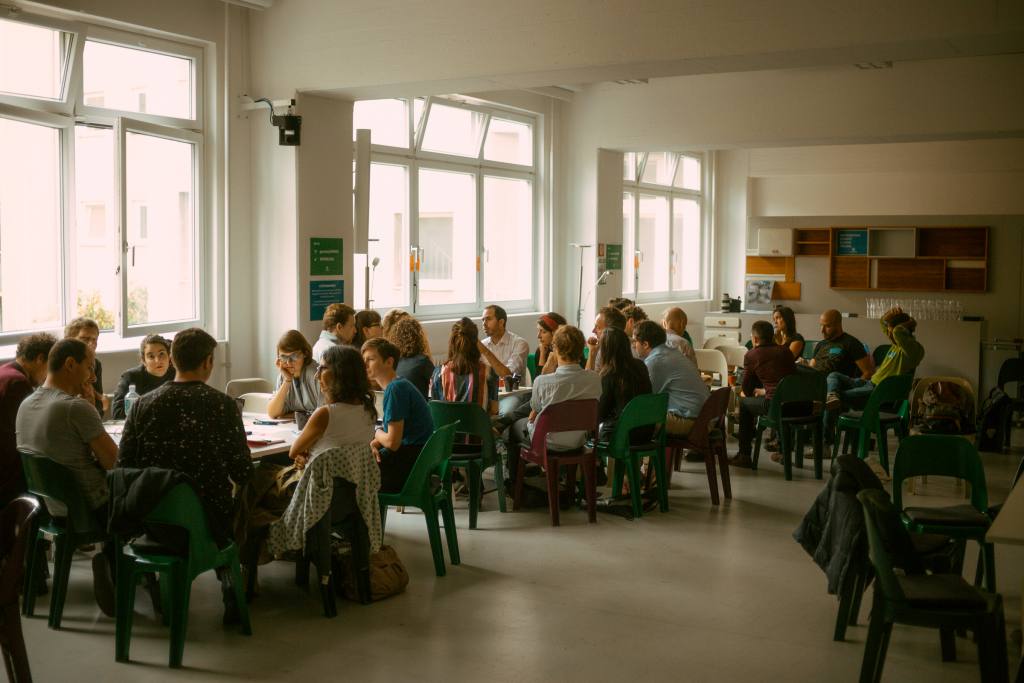 In 2020, Citizens Take Over Europe published 10 principles for a citizens’ centered Conference on the Future of Europe. This monitoring index aims to measure and assess various elements of the European Citizens’ Panels, the Conference Plenary, and their implementation on a rolling basis, as well as provide proposals for improvement respective to each individual index.

The following index figures, as well as the criteria for each element, was selected and designed by considering a variety of the 10 principles and standards in accordance with the specifications required for a meaningful European democratic participation process.

This monitoring index is the result of on-site observations of the European Citizens’ Panels, where all four Panels have been closely assessed via live witness by members of Citizens Take Over Europe and its partners. Further observations of the Panels and their implementation have been carried out via the livestream and online format.

1 – poor: The measure reflects a severe deficiency in its implementation, where criteria for citizens participation is not properly, or at all, being met.

2 – insufficient: The criteria for the measure is mostly not being met and is mainly not reflective of a proper citizens’ participation process.

3 – adequate, but need of improvement: Certain critical elements of the measure are sufficiently being implemented while others are in need of further progress.

4 – satisfactory: The criteria for the measure is most being met and mainly reflective of a proper citizens’ participation process.

5 – excellent: The measure is being implemented greatly in line with the criteria, and there are little to no deficiencies.

CoFoE– Conference on the Future of Europe

During the first round of the European Citizens’ Panels meetings, citizens have not been consulted on how to organise the process itself. Following a “blank sheet” approach to agenda setting by the panels themselves, participants are asked to share their long-term visions regarding a comprehensive and complex range of topics attributed to each panel. This often led to a scope far too wide to be thoroughly discussed in the limited time frame of merely three weekends. For instance, Panel I, covering economy, social justice, jobs, education, youth, culture, sport, and digital transformation, risks tackling too many themes in too little time, as well as overloading the citizens assigned to the panel.

Despite issues with the scope of topics each panel is tasked with, we welcome that citizens are handed a blank page on their subtopic, where they set the agenda of their own respective panel and create five streams or overarching themes. The process of amending and modifying the streams is a welcome participatory and open process where citizens are fully invited to present feedback and concerns. Following a debate led by citizens on the proposed amendments, it is welcome that a vote is held to decide which amendments are accepted and rejected. The building of the themes is considered empowering and citizens are encouraged to assert themselves.

It is greatly welcome that the ECPs use a sortition sampling technique, where 800 randomly selected citizens are selected to represent the EU’s diversity in terms of geographic origin (nationality and urban/rural), gender, age, socioeconomic background, and level of education. It makes a great effort to include youth, where one-third of the citizens are of the ages of 16-25.

It is highly concerning, however, that marginalized groups are not properly represented, where thresholds should also be set for vulnerable groups, including but not limited to, people of color, non-binary gender identities, people with migrant backgrounds, EU residents, EU candidate countries, and citizens representing different EU attitudes. An extra “reach out” to these vulnerable groups who either may not be likely to be reached by traditional means is necessary in order to amplify voices of those rarely heard in the EU. Without a truly inclusive selection of citizens, the future of Europe risks further alienating marginalized and vulnerable groups.

Although the online sessions of the ECPs allowed the process to be more accessible, the online sessions may have been a digital hurdle for certain groups. It needs to be assured that those with digital disadvantages receive proper assistance and technical support.

In the first round of the ECPs, given their agenda setting objective, deliberative mechanisms are not yet central, neither in the 15 subgroups of the Panels, nor the Plenary sessions. This is expected to change during the second and third sessions. So far, working groups vary widely, regarding the attention paid to ensure that all citizens are given an opportunity to speak, including equal speaking time so that no individual(s) dominate the discussions. By comparison, decisions taken in the plenary, such as the amending of the five streams and subtopics, are carried out in a deliberative, open, and democratic way.

However, in the online round of the ECPs issues regarding the overwhelmingly-wide scope of topics have proven that there is not deep or meaningful deliberation on the topics put forward by citizens themselves. A wide variety of opinions and perspectives on Europe’s future have not been expressed during the first two stages, risking the creation of a purely pro-European filter bubble.

The facilitation within the working groups poses a twofold issue: firstly, the quality of moderation varies from each subgroup, particularly as many facilitators are carrying out double tasks of moderating the discussion and notetaking. Secondly, the working groups were faced with a knowledge gap when it comes to specific and technical facts related to the topic. Since facilitators are not necessarily experts on the topic itself, discussions may steer in a direction that is not based on fact. Experts do not offer similar quality of input across the various topics, where certain issues receive more favorable and positive input from experts, while other topics receive strictly neutral and even negative-leaning input. A variety of experts should be proposed on each topic so that citizens receive a well-rounded understanding of the issue at hand.

Although the citizens were not able to set their own agenda in terms of the topic of the Panels, the process of redrafting the five streams in plenary is done in an open and transparent way where citizens can amend the themes as they see fit, so long a majority agrees. Topics related to treaty change may be put forward and discussed, as well as be listed as a stream or subtopic.

Citizens are being welcomed and encouraged to speak up, to challenge each other, and to put forward their own proposals and ideas, however in practice contested debates do not take place.

Independent observers are able to monitor the European Citizens’ Panels on site with prior authorization, but there is inconsistency in the process, and there is a greater need for transparency, clarity, and streamlining of the invitation of independent observers.

The livestream capability allows all interested people and civil society to follow many sessions of the ECPs in any one of the official EU languages. Many public documents including process, decided streams and subtopics, are uploaded on the Digital Platform in all EU languages.

Unfortunately earlier sessions of the Panels were not available on the homepage of the Digital Platform as EU leaders announced, thereby making the plenary sessions difficult to find among the various pages of the European institutions. Technical interpretation issues at the start of the online sessions of the ECPs also did not make observing the sessions accessible.

Highly problematic is the accessibility to documents and information regarding the selection of experts. Much greater transparency is required in how experts are selected and invited, including the criteria considered for the selection of experts. The presentations and inputs of experts should also be accessible to the public and published on the Digital Platform. Overall, transparency and clarity is highly needed in nearly all aspects related to experts’ selection and their contributions.

The European Citizens’ Panels, and the Conference on the Future of Europe as a whole, have unfortunately received very little media visibility in the Member States, on the regional level, or local level media. Member States are highly encouraged to conduct their own CoFoE national events, however nearly no Member States have made use of this possibility. Germany has announced a national Citizens’ Assembly on the future of Europe in context of the CoFoE for early 2022, which is a highly welcome effort.

The European Citizens’ Panels allow a unique and special opportunity that also provides greater cultural understanding and exchanges between citizens from all corners of Europe. In the in-person sessions, there were sufficient time and opportunities for social and cultural events in between panel sessions, including evening activities. However the nature and limitation of the online sessions did not allow for social or cultural opportunities.