Donate
Home » Five Requests for the Final Phase of the Conference 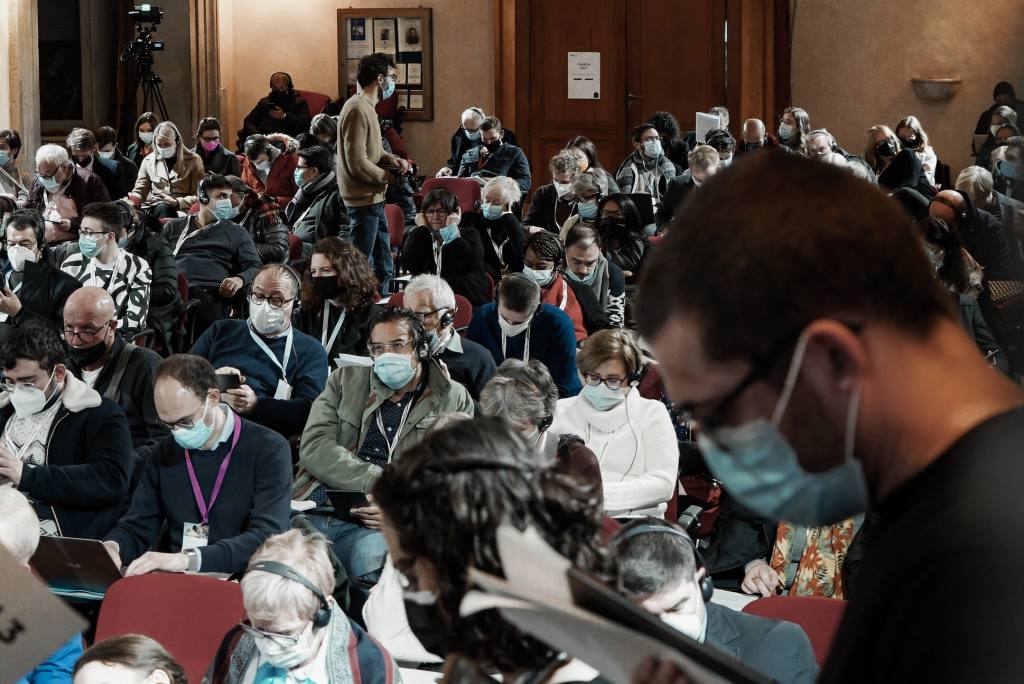 1. Create and communicate a clear plan for the rest of the Conference

The rules and timeline for the remaining one and a half months of the Conference are still not fully clear. The Co-Chairs have agreed on adding an extra Plenary session from 28-30 April, but this proposal still needs to be ratified by the Executive Board, which has not met since December. Additionally, the detailed procedure and timeline leading to the adoption of Conference Plenary proposals (see Article 17 of the Rules of Procedure) is not defined, let alone communicated. This lack of clarity leads to distrust among Plenary members and the leading bodies and personalities of the Conference, undermining the whole Conference process. It is of critical importance that these issues are resolved in a satisfactory manner, facilitating a transparent and accountable process (see this 6-step plan and a related joint letter to the Conference Chairs). Additionally, Conference Plenary members need to be adequately informed about the purpose and agenda of the upcoming Plenary and about the next steps in the process.

2. Focus on the most politically ambitious recommendations

Over the course of the next one and a half months (with three more foreseen Plenary meetings – 24-26 March, 7-9 April and 28-30 April), it is impossible to discuss and decide on the desired follow-up to be given to all of the 178 European Citizens’ Panel recommendations in full detail, let alone to consider all other Conference input. Therefore, the Conference Plenary will need to prioritise. There is a certain number of recommendations that could be implemented relatively easily by individual actors at various political levels, because they do not challenge the status quo in a significant manner. However, there are also recommendations that would necessitate legislative action by the EU institutions, EU treaty change or even constitutional reform at the national level. The implementation of this last category of recommendations would require a lot of political will and constructive cooperation among many actors at various political levels. Due to the broad composition of the Conference Plenary, bringing together political actors from local to European level, as well as citizens and civil society, the Conference Plenary is the place par excellence to seriously consider and take a stance on such recommendations. Furthermore, focusing on the most ambitious recommendations is the best way to ensure that the Conference will have a significant political impact on the future of Europe.

3. Find a consensus on the need for & modalities of EU constitutional reform

The question of EU treaty change (constitutional reform) is the big pink elephant in the Conference. While it should have been clarified from the very start that exploring the need for EU treaty change is one of the objectives of the Conference, the Conference Plenary should now finally explicitly address this question on the basis of the concrete panel recommendations and other Conference input that would require EU treaty change to be implemented. If it were to be decided that treaty change is necessary, the Conference Plenary should also specify how they expect treaty change to be implemented in the most inclusive, transparent and accountable manner, including by considering the option of an EU-wide referendum at the end of a possible constitutional reform process. By addressing and resolving this question of treaty change in a meaningful and publicly accountable manner, the EU will have the opportunity to process the trauma it experienced from the last comprehensive exercise in treaty revision. A failure to do so would not only be a missed opportunity, it would also undermine public and political trust in the very possibility of reforming the European Union ever again.